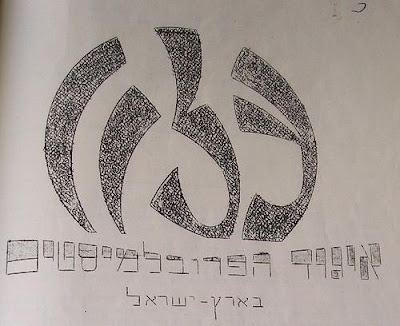 Above is the cover of a 1947 issue of The Bulletin of the Palestinian Problemists' Association. Below is a problem (a mate in three by Y. Ashkenazi) from the same issue. The text was typewritten, but the diagrams and cover were drawn by hand. Apparently, the entire "print run" was a few mimeographed copies--making the early issues of the Bulletin, essentially, manuscripts. 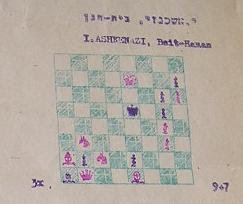 Out of the blue, later that year, the Bulletin went through a face-lift. It began to be published, not in Tel Aviv, Palestine, but in Whitburn, Scotland. It was not longer hand-written and mimeographed, but printed with a real printing press. 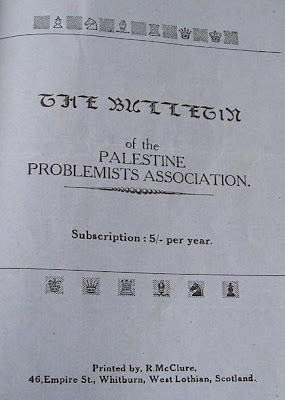 What caused this extreme change in printing location and quality? And why would a Scot be interested in printing the Palestinian Problemists' Association's bulletin? Simple: a Scottish Jew had agreed to let them use the printing press he owned. I guess we now know why Scots and Jews are such misers: they're saving all their money to publish chess problems.
פורסם על ידי Avital Pilpel ב- 11:11 PM