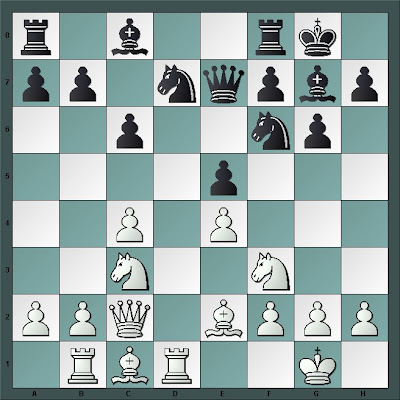 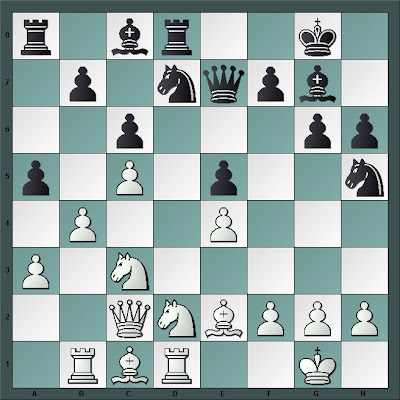 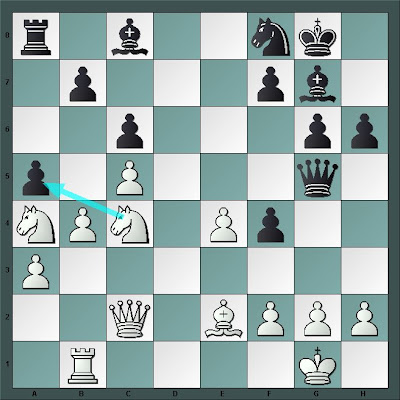 The last chance. Unable to defend himself against the invasion of white knights on d6 and b6, Black tries to create a counterattack on the kingside... 20. Nab6 Bh3 21. Bf3 Bxg2! 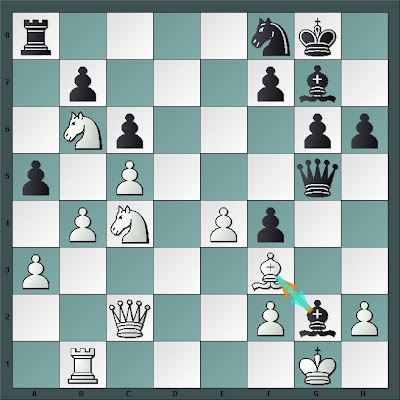 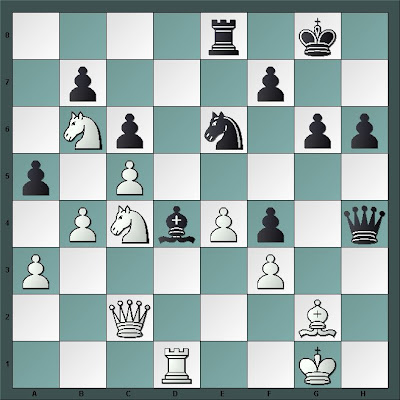 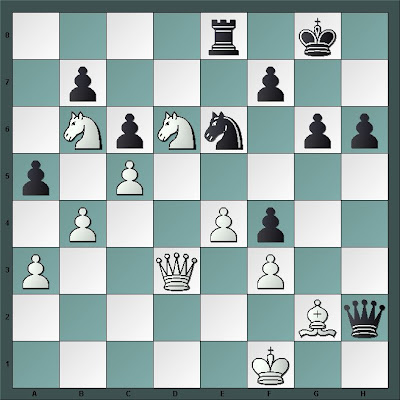 Apart from the material imbalance, White stands positionally better and has an assured victory. 29... Rd8 30. Qc3! With the threat of Qf6. The move liquidates the real threat of the advance of the h-pawn since the black queen has to defend the f6-square. 30... Qh4 31. Nbc4? 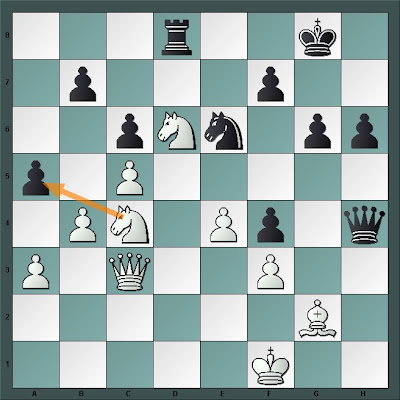 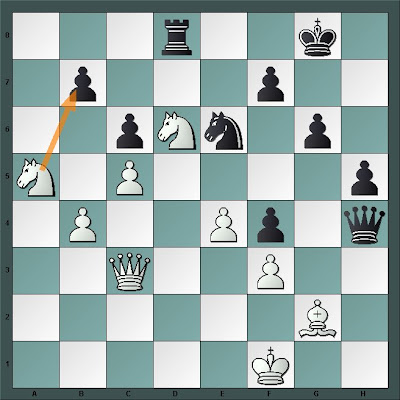 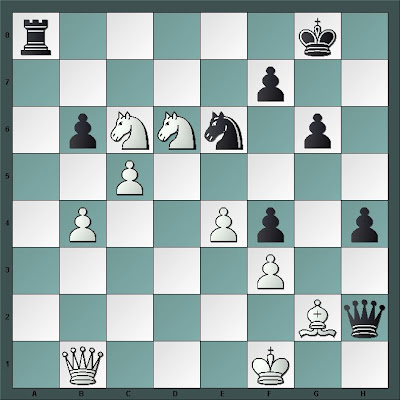 White resigned since there is no rescue against the threat of ...h3.