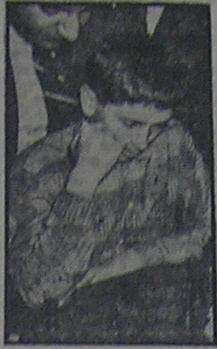 It also gives the conclusion of the famous game Fischer vs. Sherwin from the championship (Fischer's rook sacrifice, 30. Rxf7), and prints what is (again, probably) the first photograph of the then-unknown (in Israel) Fischer, given above.
פורסם על ידי Avital Pilpel ב- 2:10 PM