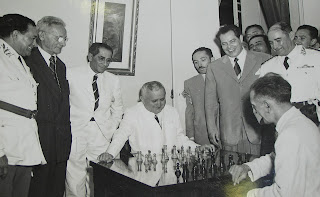 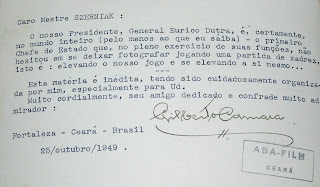 Also, the signature of Czerniak's friend reads, so far as I can make out, "Alberto Camara". If I am reading the name correctly, presumably he is a relation of Ronald Carama and/or Helder Camara, both of whom were (separately) chess champions of Brasil in the 1960s. Or perhaps it is the nickname or second name of one of them. Gaige's Chess Personalia has no entry for "Alberto Camara".
פורסם על ידי Avital Pilpel ב- 12:57 PM