It is often said that Akiba Rubinstein learned chess relatively late. The following account claims he was a "late blooming" wonderkind, describing how he learned chess at the age of about 15. Source: Doar Hayom, April 14th, 1931. 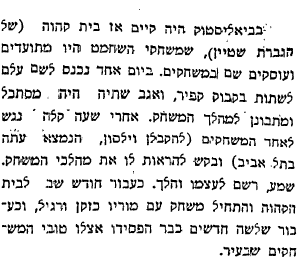 In Bialystok there was then Mrs. Stein's coffeehouse, where games were recorded (sic) and played.  One day a youth came in to drink yogurt, and watched the games. After a while he went to one of the players (the constructor Wilson, now in Tel Aviv) and asked him to show him how the pieces moves. He heard, wrote it down, and went away. After a month he came back and started playing his teachers like an experienced player, and within three months he beat the best players in the town.

Is there any other source to this story?