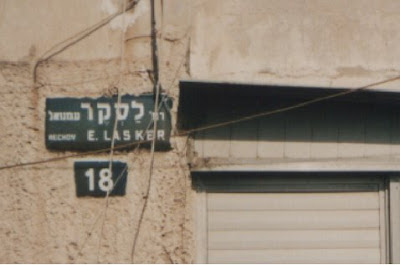 The street is in a rather shabby and run-down area, as the photograph shows. Poor Lasker: not only is the street named after him on skid row, but for decades Tel Aviv's Lasker chess club was housed in a similarly shabby location: it was on the second floor... above the local brothel.
פורסם על ידי Avital Pilpel ב- 7:18 AM