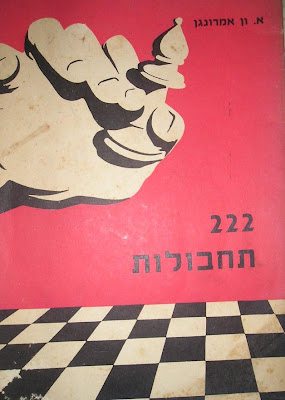 If there is ever a list made of the best short chess books ever, Van Amerongen's two works should get serious consideration. His 133 Malcodot Ba'Ptichot [133 Opening Traps] and 222 Tachbulot [222 Combinations] (Tel Aviv: Mofet 1973 [2nd edition] and Tel Aviv: Mofet 1963 [1st edition], respectively) are excellent.

Both books were very short: 40 pages! But length is deceiving. Each page is crammed with at least three or four (often more) combinations or traps -- as well as diagrams, hence the large total in each case. Each of the traps or combinations gets a detailed analysis, including variations. In one paragraph of his books there is often more analysis than is found in three or four pages of bad chess books.

The books -- Van Amerongen modestly calls them 'pamphlets', despite containing much more material than many books -- were cheap: the equivalent (according to measuring worth's web site) of about $5 in current US dollars (and that's suggested retail price -- in practice books are often sold below that price.) Not for him was the $20 sticker price.

Above all, the most important part of the work -- the selection of combinations and traps -- is superb. As he noted in the introduction to 222 Tachbulot (the second book to be printed), it was 'very hard to select the traps for the first pamphlet -- and doubly hard to select the combinations for this one.' Van Amerongen notes that he checked thousands of "candidate" combinations (and, presumably, at least hundreds of traps) and chose the best.

His selection of opening traps is so good that it quickly, and deservedly, became the "bible" of Israeli chess players who wish to avoid (or execute) opening traps, and to this day is used by many chess coaches to help their players improve. Van Amerongen only selected real traps -- those that occur from positions beginners-to-intermediate players actually play. Unlike some authors, he didn't think any blunder the opponent could possibly make is reason to title the refutation a combination -- as, for example, in a certain book that calls 1. e4 d5 2. exd5 Qxd5 3. Ke2?? Qe4# a "combination" by Black.

The degree of care in the selection is seen by the fact that he had gone over (he notes in the introduction of 222 Tachbulot) all the Israeli chess publications to that date to make sure he does not repeat previously-published combinations (apart from a few deliberately included "classics"). Can anybody imagine the authors of today's chess potboilers cracking open Chess Life or the British Chess Magazine to make sure they will not cheat the reader by repeating material he might have already seen?

This is what chess books are like when the author, like Van Amerongen, is modest, honest, and cares about the reader. The exact opposite, I am afraid, of certain popular chess authors these days.
פורסם על ידי Avital Pilpel ב- 12:30 PM No comments:

More on Prime Ministers and Chess 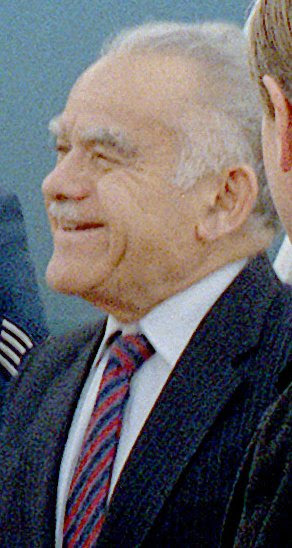 How many prime ministers do you know who would spend time answering questions by an author of a chess book? Yizthak Shamir did just that. Of course, it helped that the author -- Shlomo Kandelshine -- was writing a book about Menachem Oren, who came from the same town (Rozana, in northern Poland) as Shamir. Shamir was younger than Oren (by thirteen years), but knew Oren's family well. Says Shamir:

He [Oren] was excellent in mathematics, and the best polish chess player. Whenever there were tournaments he played in, we looked in Rozana for his score in the newspapers.

In the 1954 Olympics, on September 8th, Menachem Oren (Black) had played a brilliancy against the Dane, Palle Moelle Nielsen. While not exactly news, it is not often one sees a queen sacrifice in the chess olympiad -- and as Black, too... 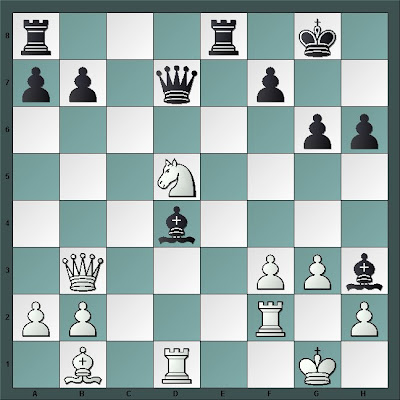 While Dr. Oren really did not treat chess as more than a hobby, and physics teaching as a profession -- indeed, as Kandelshine's book (see post below for details) makes clear from numerous interviews, he was one of the best teachers of his time and even headed the Israeli teacher's association -- chess players will be chess players.

Here are -- again -- some anecdotes from former students (all page numbers from Kandelshine's book):

One day he saw two pupils in the back of the class playing chess. He said nothing, despite this being an obvious infraction of the rules. Suddenly, he screamed at one of them -- who made a blunder -- and explained to him the correct move. (pp. 42-43)

He would insert chess terms into his physics lectures. I remember he particularly 'annoyed' a pupil called Laufer [lit. 'runner'; the name of the chess bishop in German - A.P.] He would think about his games during class and, whenever he recalled a bishop move, shouted: 'Laufer, what happens to a vector when...?'. Poor Laufer had to know the material perfectly for every lesson. (p. 43)

He would solve problems on the board and mumble to himself -- 'that's impossible, I had to play Qd7...' We all encouraged him to play in the Israeli championship since we knew we could then copy during the exams, since he'd be thinking of chess. (p. 20)

And, from a personal interview:

Oren walked in front of the class for a few minutes back and forth, holding a chalk, mumbling to himself... suddenly he straightened up, said, 'Well, it's mate!', threw the chalk into the garbage can, and started the lesson.

So much, as they say, for theory.
פורסם על ידי Avital Pilpel ב- 8:58 AM No comments: 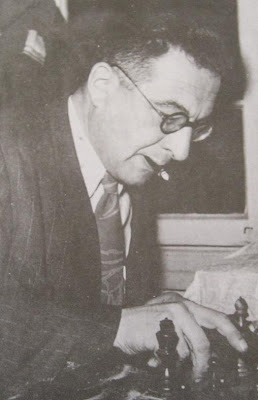 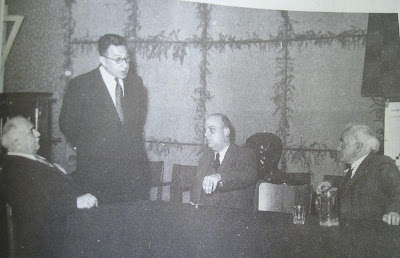 While chess-playing government officials are not rare, it is perhaps not too common for the prime minister of a state dealing with so many other problems -- and, what's more, who can hardly play chess -- to take such an interest in the game, not only in international events, but in local ones. Ben Gurion, the prime minister, took such an interest -- perhaps at the request of Remez, the minister of education, who was the greatest fan of chess in the early years of the state.

Can you imagine, today, that the American president -- or the current PM of Israel -- would bother to come and visit, let alone show any interest, in a chess tournament?
פורסם על ידי Avital Pilpel ב- 7:40 AM No comments: