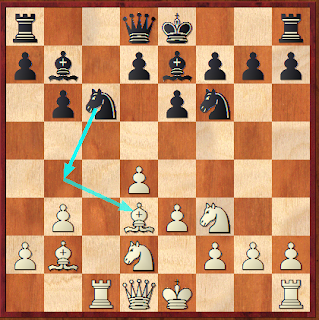 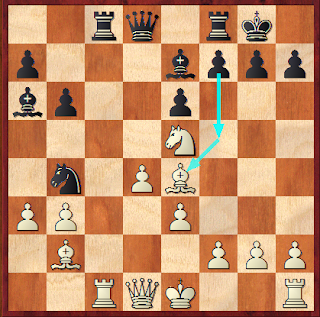 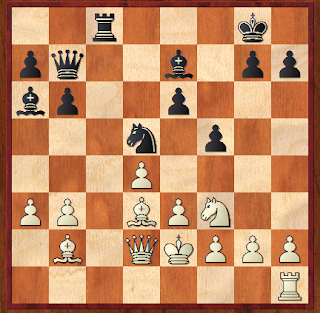 In a previous post we have wondered when exactly the Palestinian Chess Federation was founded, if in Nov. 1934 it already speaks of a "previous" committee of the organization. The answer is found in Mohilever's recollections, in Shachmat no. 261-262 (Feb. - March 1985), p. 35-36.

Mohilever notes that the official founding was in the 'Zidon' cafe in Tel Aviv, where 'about 30 players, mostly from Tel Aviv and a few from Jerusalem and Haifa' met on June 30th, 1934.

Israel Rosenfeld was chosen as the chairman of the organization, the two Levonsky brothers (Avraham and Nachum) as secretary and trasurer, respectively, Winz and Wexler as members, etc.; the document above includes the signatures of practically all important players or activists in Palestinian chess at the time, which naturally made the organization accepted by the players in the country in general.

They also had a foreign dignitary to endorse them. No less a personage than Salo Flohr, then (as noted before in this blog) visiting Palestine, was present, chosen as an 'honorary chairman', and signing his name first on the list (about the middle of the page in the photograph above).

Within a year, quite apart from everything else it did, the organization also had that essential issue: a masthead, with the name in English and Hebrew and two knight heads and a rook next to a checkered field:

It would be nitpicking to go back and correct all previous mentions I made of the term, but from now on I will be careful, when relevant, to use the correct 'Palestine Chess Federation', as they masthead says, and not 'Palestinian Chess Federation'.
פורסם על ידי Avital Pilpel ב- 2:50 AM No comments:

The Early Days of the Palestine Chess Federation

A frequent correspondent of ours notes that on Nov. 14th, 1934, the Palestinian Chess Federation officially started its activities by opening a chess club in the "City" cafe in Tel Aviv (three times a week) and calls for all chess players to join by writing to the secretary, Nachum Labounsky, in his Tel Aviv address. What's more it notes that its first general meeting in the same cafe had about 70 (!) players. It is interesting that one of the items on the agenda was 'hearing a report about the activities of the previous [chess] committee'.

As there was no previous chess Palestinian Chess Federation prior to this date, indeed the article itself notes that it had just started its actions, this can mean either the leading Tel Aviv players or organizers, perhaps that of the Rubinstein's club committee, or else that a committee of chess enthusiasts had worked as an unofficial Palestinian Chess Federation before the official annoucement. Mystery solved -- see next post, above.

Lebounsky himself writes on Nov. 30th in Davar (p. 10) that the Federation's two main goals are, apart from promoting chess in general (buying new sets, arranging tournaments, etc.) to stop the 'chaos' in Palestinian chess by having one federation, and to get Palestine into FIDE for the Olympiads -- in both of which it succeeded.

Edited to add: Ami Barav notes that the corrct spelling is 'Labounsky', not 'Levonsky'.
פורסם על ידי Avital Pilpel ב- 3:32 AM No comments:

How to Get Better in Chess & Variations in Laws

For those of us who think our game is in a rut, here is some advice from Zamnitz on how to attack:


17. The attack. After he had put his army in the correct tabia, the player should try to create a plan to capture and defeat his opponent. It is a good idea to think at the same time of two goals and targets, so that if the enemy realizes one and nullifies it, the other will remain; and if it too will fail, he will create another plan. But he should be careful not to expose himself in his desire to defeat his enemy, and will fall, beaten, before his also-scheming opponent.

In other words: 'make good move and win, but avoid making bad moves and losing'. Well, true so far as it goes, but...

In fact however we are being somewhat unfair to the book. It does have quite a lot of interesting and rather deep strategic advice -- for example, distinguishing between the general characteristics of 'piece play' and 'pawn play' and considering them both as legitimate  (p. 13) or carefully considering the relative advantages of bishops and knights and noting that which one is superior depends on the type of position (p. 27).

Most interesting is the book's list of rules which are 'dependent on pre-game agreement or location'. These includes "two-move" chess (where the game starts with two moves in a row by the same player), variations in castling and promotion (e.g., can a pawn be promoted to a piece that still is on the board, etc.), whether it is customary to announce a 'check to the queen', is en passant allowed, and whether reaching a position where the opponent has a bare king counts (on its own) as a victory or as an immediate draw (!) (p. 9-10).

Finally, The author seems to have a strong dislike of the 'very ungentlemany way' of winning the game by queening one's last pawn (p. 11) since it makes one pawn (the book, incidentally, speaks of one 'farmer', Ikar, from the German term Bauer) enough for victory, which the  author clearly does not consider the correct way to win a chess game, namely, by a vigorous attack, although the book does prefunctory discuss basic endgames (in the very last pages of the book, pp. 35-36).
פורסם על ידי Avital Pilpel ב- 3:08 AM 1 comment:

The Jewish press, even in the 19th century, sometimes reported on chess. In this report of Emanuel Lasker's victory over Wilhelm Steinitz in the world championship match, we read much interesting biographical information about Lasker -- i.e., his father's initials (M. Lasker), exact birth date, early history, and so on.

With the flowery language typical of the Hebrew press at the time, it describes him as a genius whose game 'went from strength to strength', how the match between him and  the match as a contests about who will be 'the supreme king and ruler of all the lands' in chess, and so on. To be fair, most of the flowery language are in fact biblical verses, originally describing kings or emperors, used to describe, here, chess players. This was considered a sign of education and good taste at the time, much like using classical Latin or Greek quotes was in the wider literary world.

What is interesting is that the article opens with the claim that:


The name "Lakser" became known in this century. Who, while hearing the name, does not remember fondly the man who, with his genius, fought gallantly in the German Parliament for the German Jews' rights and the rights of all Germans?

The famous Lasker here is Eduard Lasker  -- a liberal German Jewish politician. Not the least of the chess world's Lasker's claims to fame, notes  Ha'Zfira, is his family relation to this man.