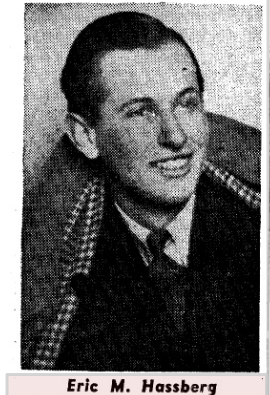 And from Nazi propaganda - to those who used chess to save themselves from the Nazis. From Herbet Halsegger comes this photo and story from the New York Aufbau, 6th August 1948, p. 32, about Eric Hassberg:

At 10th of November 1938, some Nazis came in his house in Vienna, as he played chess with his brother. The leader of the Nazi-gang was also a chessplayer - a bad one - he wanted tob e part of the game. Eric let him win of course: Eric Hassberg and his brother were the only Jewish boys from the whole area, not to go to (concentration) camp.

This reminds one of Ephraim Kishon, who was also saved by being the chess coach of a concentration camp guard.
פורסם על ידי Avital Pilpel ב- 4:06 AM No comments: 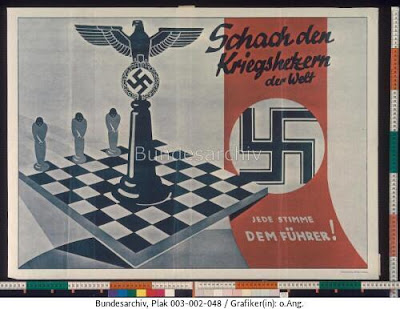 Our frequent contributor, Herbert Halsegger, just notified us that looking for "Schach" in the Bundesarchiv gives many interesting pictures, among whom we also have Nazi propaganda posters, such as the one above.