Dear all: happy to announce the memorial web site for Israel Barav (Rabinovich) had undergone a major cosmetic and content update in the last few days. Not only is the web site now better looking but many more games were added. Barav, known as an excellent tactician, won many games with beautiful combinations. Here is one, from his match against Churgin (ph. spelling), Tel Aviv, 1926, game 3, with Barav's annotations. 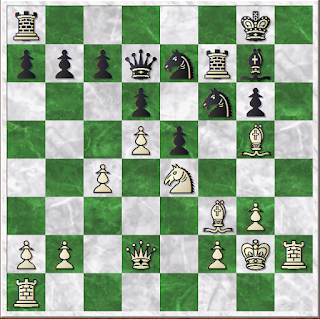 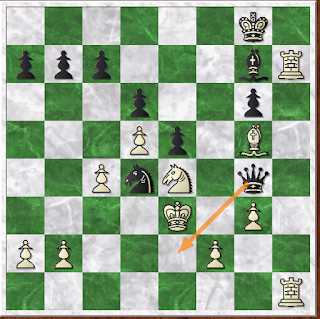 This mistake allows White to finish the game with a nice combination -- sarcificing both rooks!


An interesting overview of the opening ceremony of the 1st Israeli championship, 1951, was brought to our attention by Ami Barav, whose father, Israel Rabinovich-Barav, was one of those involved in organizing it.

There were three speakers: Pinchas Rosen, minister of Justice, who noted that the reason there was no Israeli team sent to the 1950 Olympiad in Yugoslavia (in Dubrovnik) was that the requested funding - 100 Israeli pounds was not approved. (This comes out to roughly $350 in today's USD, which seems very little, but such historical comparisons are problematic.)

He noted 'humorously' (says Davar) that he was happy to hear of the treasury's rejection of the requested funding, since it was 'proof' there is no protekziya (favoritism, nepotism) in the government decisions: even his own attempt to influence the treasury to fund it was to no avail. He also noted he always had a 'unrquited love affair' with chess -- he loved chess ,but chess did not love him, to judge by his playing level.

Then spoke prof. Tur-Sinai about 'the character and essence of the game of chess', adding that he brought with him a special prize -- a book of short brilliancies -- to the winner of the shortest game.

Finally spoke the minister of education and culture, David Remez, also a chess player. He (inevitably) noted that Jewish chess players are 'equal in importance to all non-Jewish players together', and added that the Israeli Chess Federation will 'concentrate on Israel's part in the field of chess' -- which, adds Davar, was a very diplomatic way of speaking, as he didn't promise anything concrete...

Finally a game from the tournament was given on the same page, as  'a serious contender' to Tur-Sinai's prize: 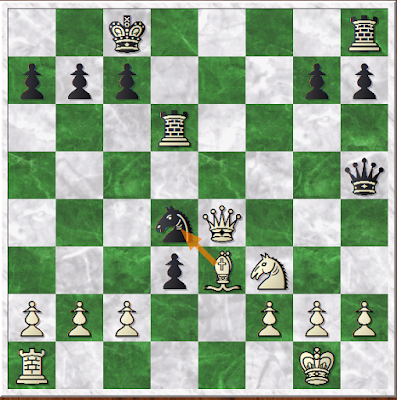