Chess, Beer, and "In Memoriam" Walls

This photo of the memorial wall in Rishon Le'Tziyon Chess Club (link in Hebrew, with -- incidentally -- much history under the "history" tab on the web site) is interesting for many reasons. First, it has some of the historical figures we have met before, such as the problem composer Yosef Goldschmidt (bottom row, second from right) and the player Israel Dyner (top row, right), as well as two young men, Shlomo Zlil and Erez Levanon (bottom row, extreme left and second from left, respectively) in uniform, who were killed in their army service.

Mr. Roizman, who sent us this photo, points our another curiosity: Yitzhak Schwartz (second row, second from left), a founding member, was the head of the workers' union in a large local brewery. and that the club's first location was the workers' cafeteria on the brewery's grounds.
פורסם על ידי Avital Pilpel ב- 1:02 AM 1 comment:


Moshe Roytman informs us that the same Unser Express had also published a list of amusing anecdotes from the 1935 Olympiad. Above is one of them (part of a longer article), relating to the Palestinian team.

Chess and Antisemitism in Russia

Tomasz Lissowski notifies us that, in his research for his book on Winawer, he discovered that in April 1914, an 'All-Russian Chess Society' was founded in St. Petersburg by P. P. Sosnitsky, who was elected president and '1st honorary member'. The other two honorary members were the Jewish players Winawer and Rubinstein, quite a surprising fact considering the well-known antisemitism in Russia at the time.

Of course, antisemitism being common in Russia at the time did not mean every Russian was antisemitic. We already noted Chigorin had openly and warmly praised Winawer, which he considered his 'master and guide', in an official reception in the St. Petersburg's chess club.

The members of the newly-founded chess society apparently had nothing against Jewish players. Alas, adds Mr. Lissowski, the first world war, which broke out a few months later, put an end to all those plans.
פורסם על ידי Avital Pilpel ב- 3:38 AM No comments:

Porat in the "Unser Express"


Our frequent correspondent Moshe Roytman notes that the Yiddish-language Unser Express (עונזער עקספרעס) had published an article, 'The Chess Olmypiad', about the 1935 Warsaw Olympiad which included a pen-portrait of some of the players.

Interestingly, they chose to portray William Winter, Tartakover, Najdorf, Fine, and Porat (then, of course, Foerder) -- no doubt due to him being 'Palestine's strongest player'. He is described as a talented young player which 'even the world masters, like Vidmar, Tartakover, and Flohr, could achieve nothing against him'.

A quick search found no games in the databases of Porat playing Vidmar (which is not to say it didn't happen) but certainly he could hold his own -- drawing and winning -- against Tartakover and Flohr.
פורסם על ידי Avital Pilpel ב- 3:12 AM No comments: 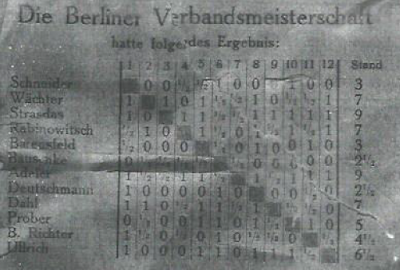 This is the headline given to Barav’s victory against the 2nd place finisher in the Verbandsmeisterschaft in Berlin, Waechter (to use the English transliteration). Barav himself was then Rabinovitch, or 'Rabinowitsch' in the German spelling above -- 'Barav' is a Hebrew translation of the name, which means 'the Rabbi's son'.

We see, as the annotator notes, Barav's favorite weapon -- a kingside sacrificial attack -- at work once more. The tournament crosstable, and the newspaper cutting, were sent to me by his son, A. Barav. 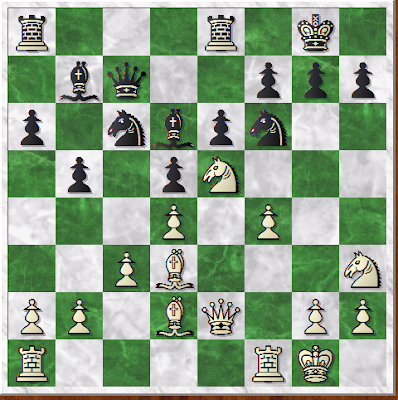 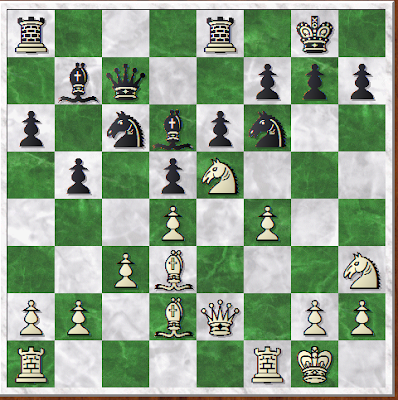 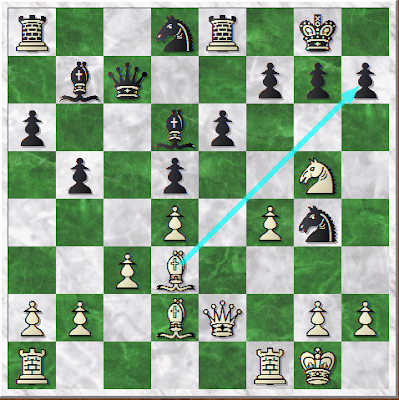 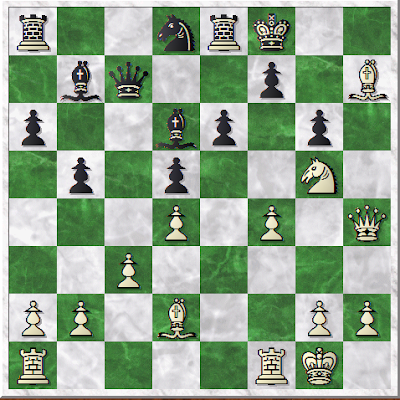 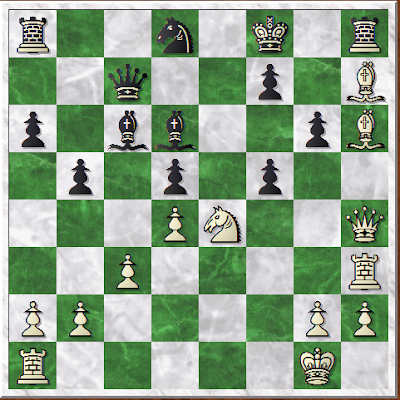 As promised, I am occasionally publishing on this blog games by Israel Barav (orig. Rabinovich), who was especially known for his tactical brilliance. Here is one such nice game, against one of Palestine's stronger players, Shlomo Smiltiner, who had passed away recently at the age of 100: 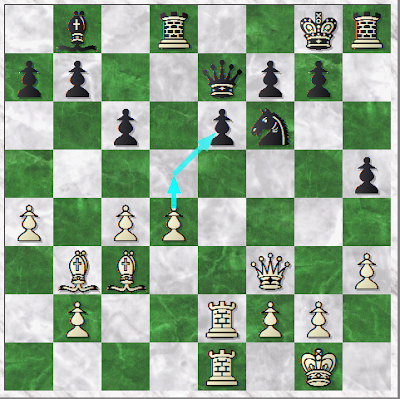 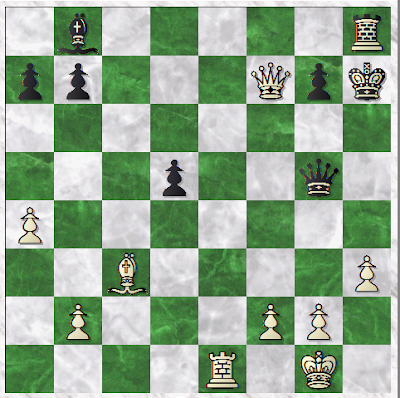 A contributor to this blog had reminded me that Israel's national library, apart from a large physical collection of chess materials in rare magazines, etc., also has them on their web site. Entering 'שחמט' (Sachmat, chess) or 'chess' (in English) does indeed find quite a few items -- although, for this particular item, one needs to look for 'chase', not 'chess', for obvious reasons. Here, we have an advertisement for the live chess game between Marmorosh and Rubinstein.

One wonders whether more people came to 'Hapoel graund' to watch the chess game or the 'foot-ball' (i.e., soccer) game. One may also wonder about the number of typos and factual mistakes (Rubinstein was not, of course, the 'world chase [chess] champion'). This is especially surprising since, according to the item's description, it was printed in Ha'aretz press -- that of the most important newspaper at the time in Mandatory Palestine -- and is also of exceptional quality in terms of color and technical printing quality for the time.
פורסם על ידי Avital Pilpel ב- 11:32 AM No comments: