One of the relatively lesser-known chess columns was that of Zmanim ("The Times"), a smaller newspaper in Israel than the major papers like Davar, Al Ha'mishmar, and others. The editor of the chess column was A. A. Mandelbaum. This column was brought to our attention from a frequent correspondent. From Zmanim we offer the followin game of the young Zadok Domnitz, when he played in the IDF's team in the Isreali premier league against the older Avraham Labounsky. 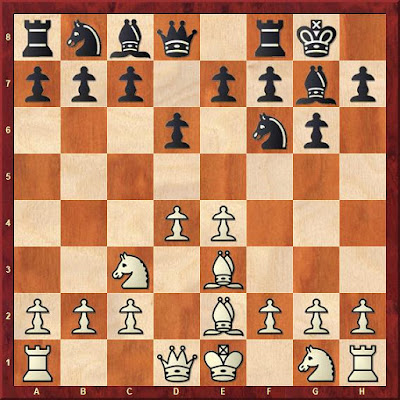 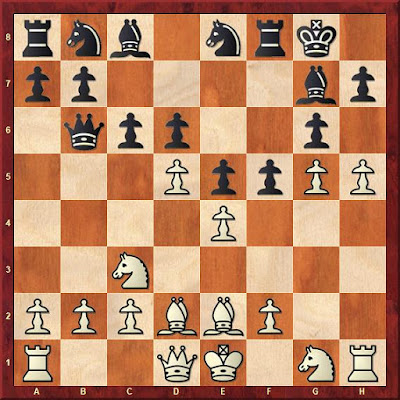 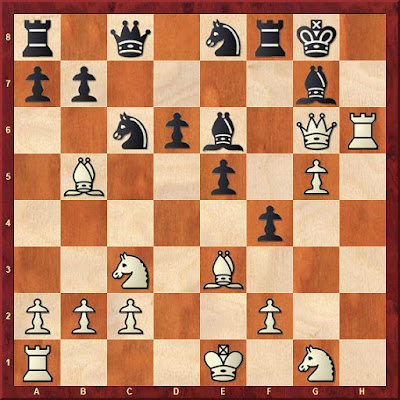 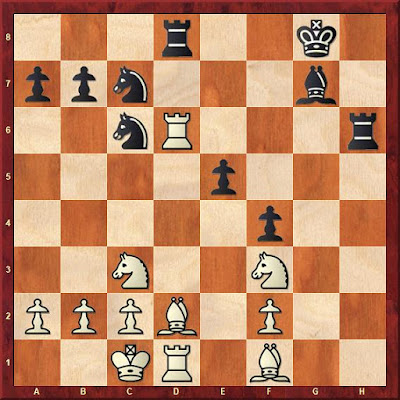 From the same sources as the previous post, Israel Kniazer's win agains Moshe Blass. An interesting point is that while the tournament was called a tacharut amanim (masters' tournament) by Fasher and most others, Kniazer always insisted that the tournament, in which he did quite badly (2.5/9), was actually a tacharum immunim (training tournament). The two are very similar in Hebrew.

'Training tournament' is also the name under which the tournament it also appears in Kniazer and Persitz's collection of Kniazer's games. Was this merely an excuse for a bad result? Perhaps, but it cannot be denied that Kniazer deliberately used many risky opening ideas in this tournament.

Curiously, Persitz himself calls the tournament a 'masters' tournament' in his own, earlier tournament book (Tacharut Amanim Be'shachmat [Masters' Chess Tournament], 1953, by Persitz and Mandelbaum). The latter book reveals (p. 23) that the game took place in the third round, and adds that 6. g4?! is Keres' idea. 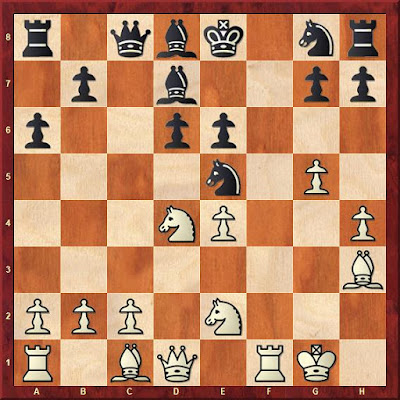 A frequent correspondent notifies us of the obituary for Kniazer (La'merchav, 6.6.58 p. 5) by the editor of the paper's chess column, Eliahu Fasher. (Fasher notes Kniazer was born in 1895; other sources also give 1894 or even 1899.) He gives the following photo, taken at the Lasker club in Tel Aviv, and adds that Kniazer was a member of the club for many years. Fasher then gives two games, against Porat and Blass, which will be given in this and the next post.

Finally, Fasher adds that Kniazer was working on a book of his best games. This book was indeed published in 1959, as Ha'derech Le'nitzahhon Be'shachmat [The Road to Chess Victory] with deep annotations by Kniazer and, mostly, Raafi Persitz. The book also has the two games given by Fasher. In his annotations to this game, Persitz (which adds the missing moves Fasher does not give due to lack of space) notes that Kniazer, in his notes, added that he was not satisfied with White's 'strategic  position', despite having won tactically. Persitz sees this as typical of Kniazer's desire for chess perfection (p. 72).

(A note about spelling. Gagie's Chess Personalia prefers the English spelling 'Keniazer'. It seems that various persons with this last name spell it Kniazer, Keniazer, or Kaniazer. In this case, Israel Yosef Kniazer's name is usually pronounced, in my experience, closer to 'Kniazer'. I have not yet, however,  found an authoritative source for an English spelling.) 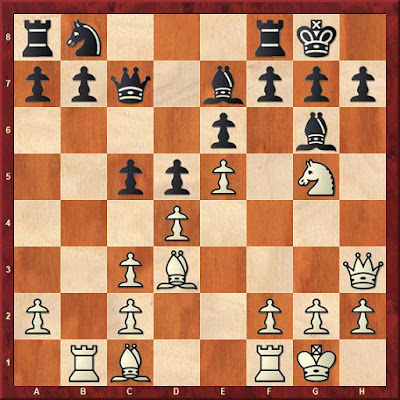 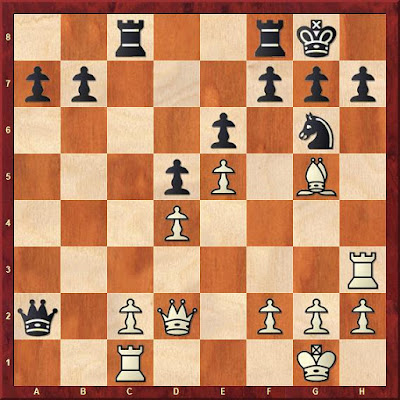 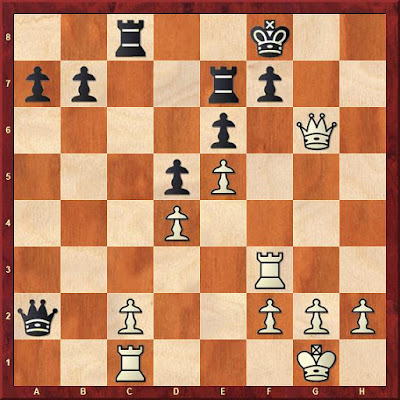 Eliahu Shahaf (Gaige's English spelling), the editor of Davar's chess column, noted on December 12th, 1956 (p. 26) that there was a "mystery" player, Zalmen Kleinstein (Chessbase 14's spelling) who played in the 1936 Palestine championship and was part of the 1939 Palestine team to Buenos Aires, but since then 'had disappeared'. Chessbase gives a few of his games, all from the 1939 olympiad. Shahaf adds another, from the 1936 Palestine championship, a victory as Black against Blass. This material, like that of the two previous posts, was brought to our attention by a frequent correspondent to our blog.

Shahaf also adds, significantly, that the top Israeli chess players of the time were still roughly the same players of 20 years ago, and that the attempt to make chess popular among the youth had not been fruitful, with the exception of the IDF championship. He complains that over-emphasis on international chess, as a way for international acceptance of Israel abroad, forgets that the main purpose of the Israeli Chess Federation is, after all, to promote chess in Israel. In a few years Shahaf could rest easy: a new generation of younger players will indeed arise and finally replace the "old guard". 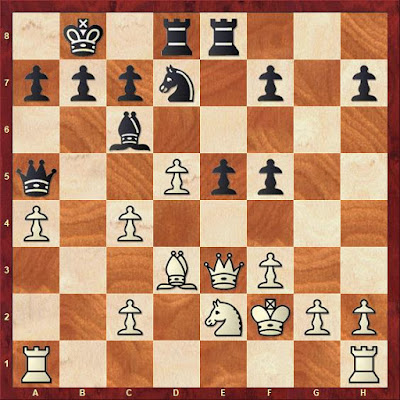 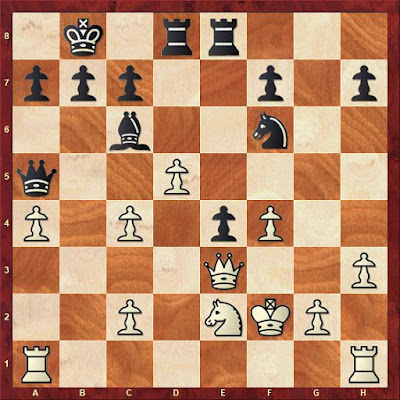 On July 30th, 1954, a long report appeared in Davar's chess column. It was about the just-finished Tel Aviv championship, by guest commentator Itzchak Aloni, who won the championship. It also annotated one of the games in the tournament. It was a two-stage tournament: first a swiss tournament with 18 players (Aloni notes in particular new young players), and then a final all-play-all match between the top four finishers: Viler (ph. spelling), Smiltiner, Aloni, and Oren. Aloni notes that Porat, then Israeli champion, did not live in Tel Aviv, but was invited to play in the final for training purposes, without his games counting towards the standing of the championship itself.  Aloni gives the following game: 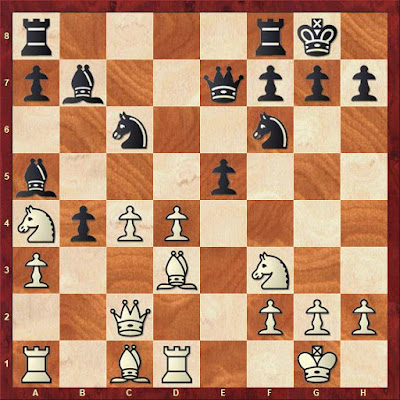 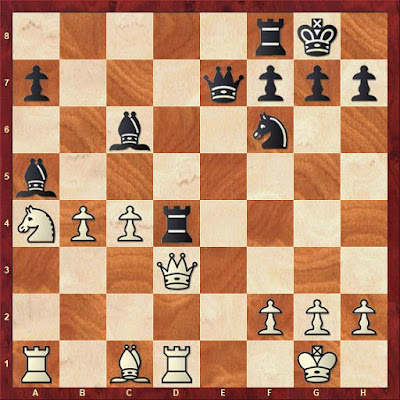 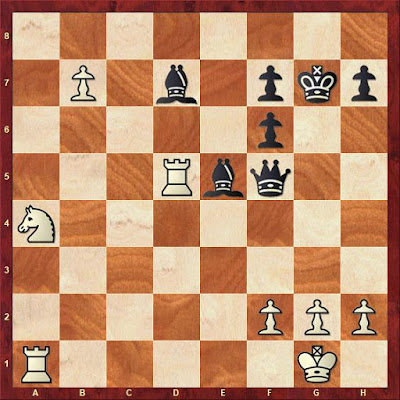 From the same source as the last post, we give the game Aloni - Bereny (ph. spelling). A typical Aloni game: he comes out of the opening with an inferior, indeed lost, position, but with tenacious defense and counter-attack eventually overcome his opponent, who blunders and loses in a now (slightly) worse position. 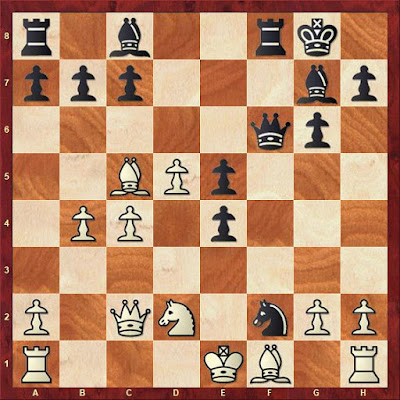 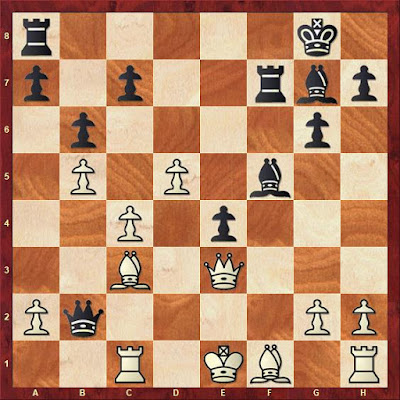 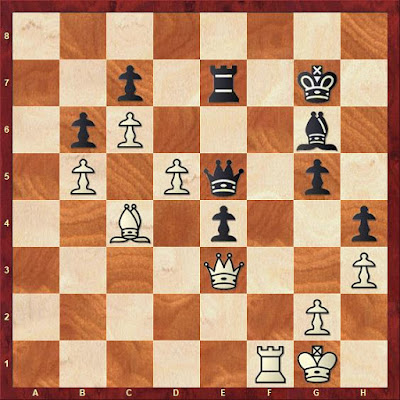 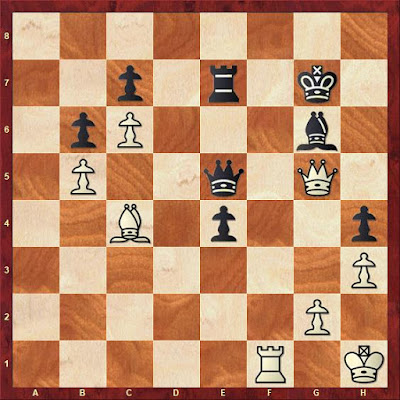