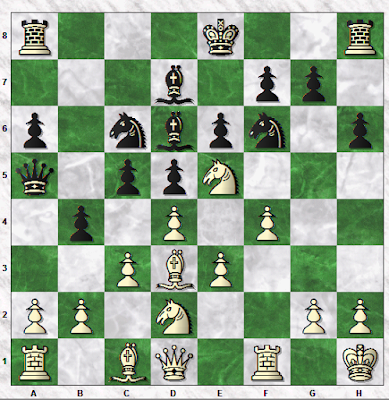 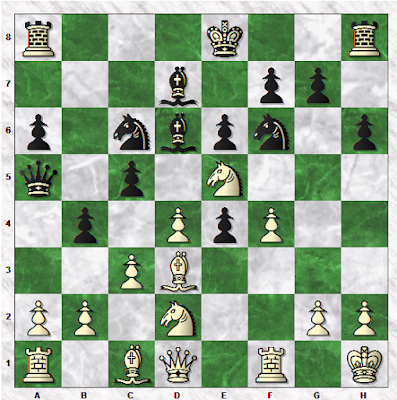 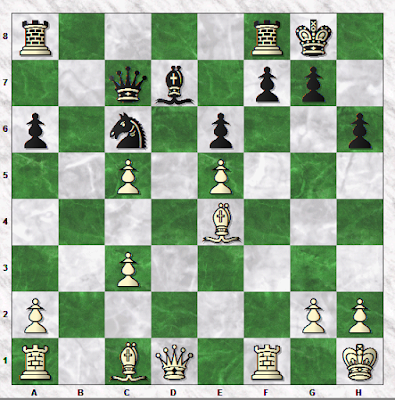 
We note sadly that our colleague in Israeli chess history, Zvi Bar-Shira, had passed away two days ago (Thursday). A reporter by profession, he was active in Israeli chess for over 60 years as a judge and organizer. For a Hebrew-language obituary by Sivan Hadad see here, from the ICF's web site.
פורסם על ידי Avital Pilpel ב- 2:01 PM No comments:

We have occasionally mentioned Mona May Karff in this blog. Our correspondent, Moshe Roytman, notes that in the same article from Al Ha'Mishmar noted in the previous post (August 12th 1949, p. 8), Karff is mentioned -- in the language typical at the time for the Israeli press -- as the 'famous Israeli player', which apparently just happened to be 'USA [women's] champion for many years'. The article also adds that  and is 'currently in the country' (presumably on a family visit).
The implied, though not explicitly stated, reason for treating Karff as an Israeli "temporarily" in the USA despite the fact that she had left then-Palestine in the late 30s and settled in Boston for the rest of her life, is made clear by her obituary (see link above): she was the daughter of Aviv Ratner, a noted Zionist who later became one of Israel's richest citizens. It was at the time considered almost heretical to admit publicly that a person -- especially from a prominent Zionist family -- would prefer to live abroad.
פורסם על ידי Avital Pilpel ב- 1:51 PM No comments:

Our frequent correspondent Moshe Roytman had sent us, a while ago, quite a few nice "finds" from the chess literature of the early state of Israel. A particularly interesting one is that Al Ha'Mishmar's chess column had run a 'meet our masters' series of pen portraits of Israeli masters. Here is their portrait of Moshe Blass -- From Al Ha'Mishmar, Aug. 12th, 1949, p. 8, by H. Reed [ph. spelling]. Below is our translation, and our comments in square brackets.

We are beginning this week a series of articles about Israeli chess players. We wish to introduce the reader a series of players that are not known to the public and, especially, to the youth. This week we overview Moshe Blass.

Among the chess masters in the country there are players of international caliber, which have succeeded in many tournaments and matches.

One of them is Moshe Blass. Before arriving in the country, 17 years ago, he was one of the strongest players in Poland, often mentioned together with Rubinstein, Tartakover, Frydman, Makarczyk, Dr. Kohn, and the late Przepiorka. In 1927, when Najodrf and Czerniak were young beginners [in Warsaw], he already won the Warsaw championship, after a brilliancy against P[aulino] Frydman. He played in the Olympiad twice for the strong Polish team: in 1928 in the Hague and in 1938 [sic - 1930 is correct] in Hamburg.

From 1933 he is part of the chess life in our country and for many years he had no equal, until younger forces like Foerder [Porat], Czerniak, and Aloni dethroned him.

His greatest victory was in 1935, in the international tournament arranged with the Maccabiah, when he came first before Foerder, Enoch, and the Viennese Glass, who recently returned to the country after many troubles [a hint that Glass ran away from Vienna to Shanghai in 1938, thus surviving the war].

Blass' style is superb, pure and classical, without entering opening complications. He shows his talent in the middle game, and his desire for beauty and perfection is evident in all his games.

As a man, Blass is modest, which made him popular with chess players.

Despite his age removing him from the tournament hall, it is a pleasure to see him next to his regular table in one of the coffee houses, beating strong opponents in offhand games.

The game added is Blass - Dobkin, Tel Aviv Championship, 1945 (Slav defense). According to the computer (Fritz 6), the game was more or less equal until Dobkin blundered, allowing mate in two, but it is still an interesting example. The analysis is by the editor of the chess column or Fritz 6, as indicated. 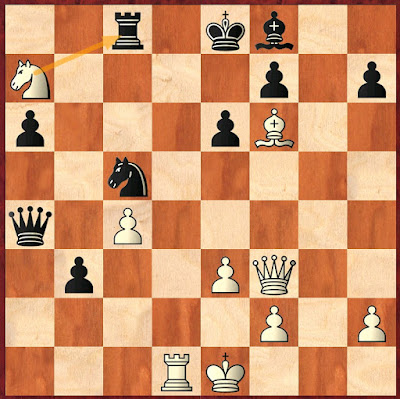 Edited to add: we thank our correspondents for supplying the spelling of the names!
פורסם על ידי Avital Pilpel ב- 1:37 PM 7 comments:

Eudardo Bauza had notified us that Kniazer had played in 1921 in England, in all places in a league game betweent Kent (Kniazer) and Surrey, played at Westminster, March 5th, 1921.

This is no doubt the same Kniazer we have encountered previously, here playing against H. C. Griffiths. This is especially interesting since Kniazer's early chess career -- though found in, for instance, Persitz's book -- is incomplete, and little seems to be known about his career in Egypt, let alone in England. 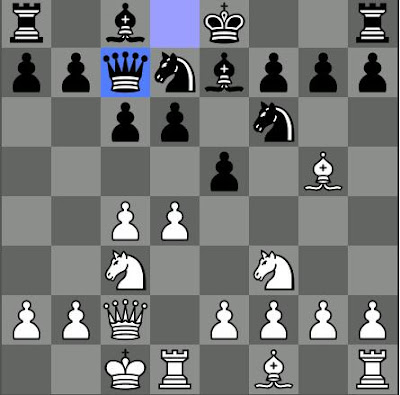 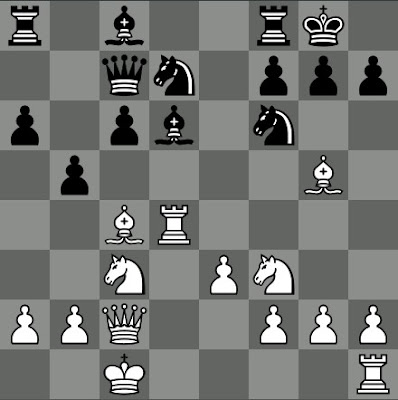 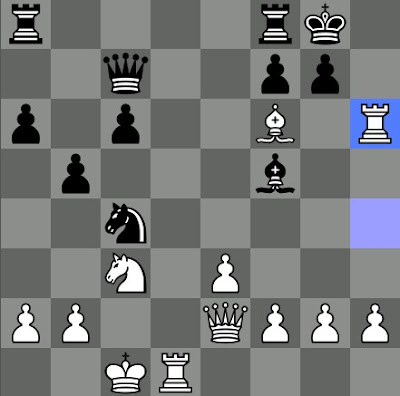 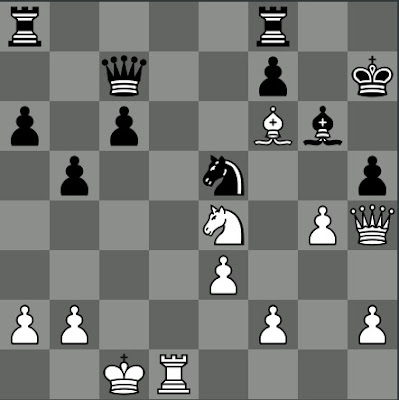 
We add here, to our chess advertisement page, the following from the Oct. 1964 Shachmat.

It has two chess-related advertisements: one for avocados, 'the delicacy of kings', and another for Amcor's televisions. The interesting point is that at the time -- 1964 -- there was no Israeli television broadcasting, although it was clear that they will begin in the near future (the first broadcasts were in 1966).

But Amcor's TV were chosen (as the ad notes) as the close-circuit TV used to broadcast the games in the Olympiad -- as noted before in this blog, see, e.g., the 'Television' tag.
פורסם על ידי Avital Pilpel ב- 12:10 PM No comments:

Visiting Tel Aviv, we have gone to the Eztel museum. 'Etzel' (אצ"ל) is the Hebrew acronym of Irgun Tzvai-Leumi -- literally, the 'National Military Organization', or just (the) 'Irgun' (organization) in English.

We do not, in this blog, deal with politics, and we shall say no more about the Irgun as a political or military organization. What is relevant to this blog, however, is that the museum has the personal effects of many of its prominent leaders.

Inter alia, it has those of David Raziel, which include -- above -- a miniature chess set; click on the image for a larger one.
פורסם על ידי Avital Pilpel ב- 11:53 AM No comments: