"A Difficult Position for Both Sides", Part II


A quick note about the "difficult position for both sides" quip discussed on this blog before. It turns out that C. H. O'D. Alexander, in his book about the Fischer - Spassky match, used a similar phrase (p. 93 of the paperback edition in the photo).

Annotating game 4 of the match, after 26. Qxh4 g5, Alexander writes this is "[a] very  difficult position for both sides". Apparently this expression is used more often than one would think, meaning a complex position where both sides have significant problems to solve.
פורסם על ידי Avital Pilpel ב- 1:02 AM No comments:

Occasionally, as readers of this blog know, I comment on chess matters unrelted to Jews. By sheer chance, I found -- thrown away from a public library -- a copy of The Chess Players by Frances Parkinson Keyes, a prolific American author. It is an historical novel with the main male character being Paul Morphy as a Confederate spy in Europe. Keyes actually purchased Morphy's old house in the 1950s (see link above).

Apparently some authors relied on this novel for factual information about Morphy, e.g., relaying as fact the novel's claim that he was rejected as a suitor because he was "a mere chess player". Keyes is hardly to be faulted for this -- her book is openly historical fiction, not fact. This is the equivalent of relying on Dan Brown's The Da Vinci Code when writing the history of the Catholic Church. (H'm -- on second thought, some people do that, too...)

Another more recent novel which deals with the same theme is Paul Morphy: Confederate Spy by Stan Vaughan, whose home page makes some rather odd claims, presuming he is serious and not pulling our collective leg.

What is it about Morphy that attracts such oddness?
פורסם על ידי Avital Pilpel ב- 11:35 AM No comments:

To add to the "politics and chess" file: the front cover of Shachmat Vol. 37 No. 6 (Dec. 1997) shows Garry Kasparov in a conversation with then-president of Israel, Ezer Weizman.
פורסם על ידי Avital Pilpel ב- 10:53 AM No comments: 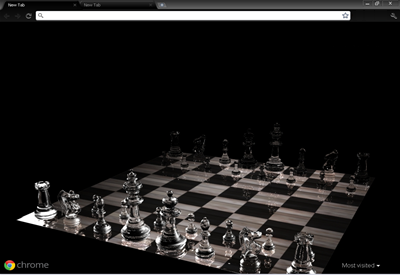 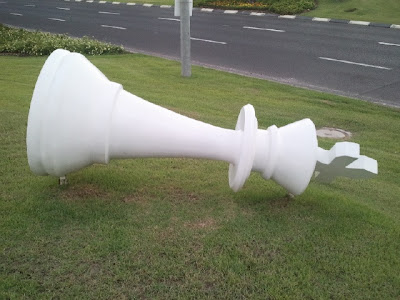 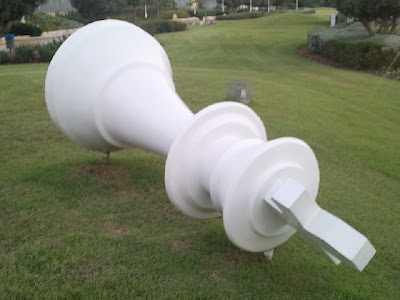 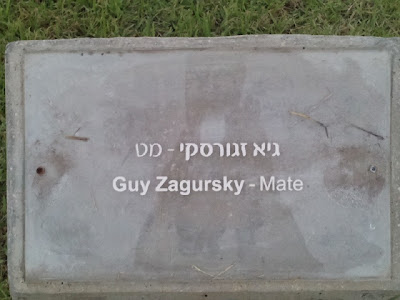 In a previous post, I have noted there is a chess statue of an overturned chess king in Haifa which is probably the largest statue of its type in the Middle East. I took some more photos of it recently. It turns out the statue -- titled "Mate", of course -- is by Guy Zagursky, a contemporary Israeli artist. The statue is one of many statues -- all related to games in some way -- which are part of a "statue park" along a major thoroughfare in Haifa.

I checked, but apparently Mr. Zagurksy isn't a chess player -- at any rate, he doesn't have an Israeli Chess Federation rating. That isn't quite the same thing, of course, but if he does play, he doesn't do so in tournaments.
פורסם על ידי Avital Pilpel ב- 11:43 AM No comments: