A frequent correspondent had generously given us some games from Czerniak's 64 Mishbatzot (64 Squares) which we have been missing. One, from pp. 329-330 (date?) between Cordonsky (Czerniak's spelling) and Zalman, shows some example of the nice treasures one can find about theory in old magazines.

Surely no modern player will go to old reports of the IDF's 1957 championship, of all places, looking for theoretical novelties. And yet Czerniak notes that Black, due to one inaccurate early move, is lost after the 8th move in an extremely popular opening variation - but that, this opportunity being missed, White executing the very idea two moves later already loses! 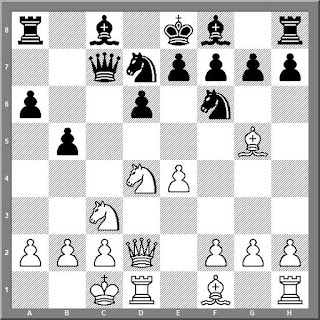 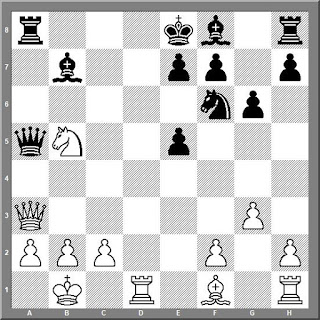 This move should have been - according to White's calculations - the winning move. He threatens a queen exchange and immediate mate. For example:

16... Bh6! A surprising save. 16...Re8! also puts White's victory in question as well, but now, when Black's king has an escape square at g7, White has no way to continue the attack, especially as Black is threatening mate on a2. 17. Qxa5 Rxa5 Black is now safe, and won due to his material advantage (0-1).

From the Israeli Film Archive 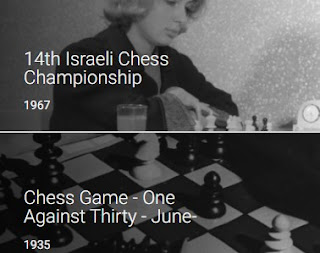 The above is a cut from the Israeli Film Archive (requires registration, but it is free) search for the term "Chess" (in English). There are quite a few newsreels of many Israeli tournaments, in particular the 1964 Olympiad held in Tel Aviv, naturally featuring many well-known players (the USSR team, in particular). There is also a 1935 Marmorosh Simul already posted on this blog, Najdorf's visit (1961), and much more.