More on Czerniak and Endgame Studies


This is undoubtedly the only study Czerniak ever composed. He himself showed it to me once and noted it is his only composition. In Harold van der Hiejden's database of over 70,000 studies, there are both the original and the corrected versions. You gave the corrected version. Both appeared the same year [1932] in the same Polish magazine [Swiat Szachowy]. ... Czerniak composed only one study but was a enthusiastic fan of the art [an impression easily confirmed by others who were "Czerniak's boys" -- A.P.]. Not only would he would routinely include studies in his lectures in Bikurey Ha'itim chess club, but also publish them (mostly miniatures) every week in his chess column in Ha'aretz.


Van der Heijden's database includes another item by Czerniak. It might be thought to be a study jointly composed by him and Mijo Udovcic [Afek adds in another email that Udovcic was the fist Croatian to win the GM title, in 1962 according to Jeremy Gaige's Chess Personalia: a Biobibliography - A.P.]. But in reality the position is exactly the same as the final position in the 1969 Zagreb international tournament and the 'study' is probably the result of the post-mortem analysis.

Actually the final position of the (drawn) game is subtly, but importantly, different than the study's initial position (Afek was using the term "exactly" slightly loosely...), but Afek is surely correct that it is a post-mortem analysis, considering "what would have been" had Black played differently and his king had been farther away from the g-file. 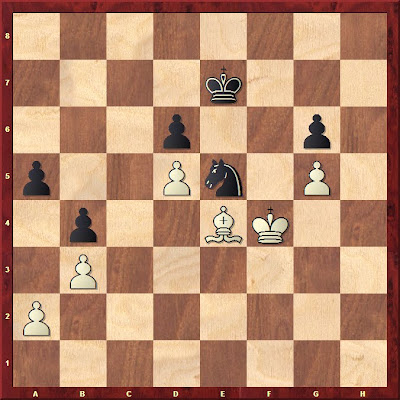 And now, the study's initial position: 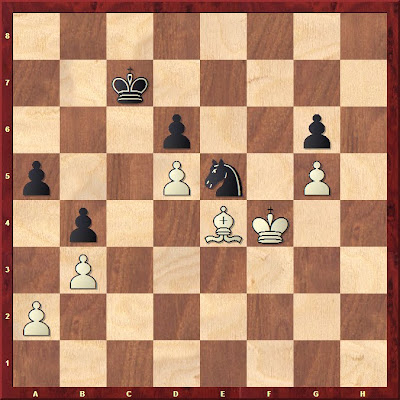